It Gets Better – Coming Out, Overcoming Bullying, and Creating a Life Worth Living

Every story can change a life. Growing up isn’t easy. Many young people face daily tormenting and bullying, and this is especially true for LGBT kids and teens. In response to a number of tragic suicides by LGBT students, syndicated columnist and author Dan Savage uploaded a video to YouTube with his partner, Terry Miller. Speaking openly about the bullying they suffered, and how they both went on to lead rewarding adult lives, their video launched the It Gets Better Project YouTube channel and initiated a worldwide phenomenon.

It Gets Better is a collection of original essays and expanded testimonials written to teens from celebrities, political leaders, and everyday people, because while many LGBT teens can’t see a positive future for themselves, we can.

Many young people face daily bullying and that is especially true for LGBTQ youth. A 2019 study found that 36% of youth in foster care identify as LGBTQ, compared to 13% of youth not in care. While in foster care, LGBTQ youth are more likely to suffer from harassment, abuse, and even conversion therapy. After a rash of suicides by LGBTQ teenagers in 2010, the It Gets Better Project was started with the posting of a YouTube video by Dan Savage and his partner Terry Miller. They wanted to let teens know that life will get better after high school. This YouTube channel became a world-wide phenomenon where videos are still being posted today.

This book contains essays from notable people such as Barack Obama and Ellen DeGeneres. However, I found the most impactful essays to be from people I had never heard of before, such as Stewart Taylor, a singer/songwriter who lives in Connecticut. Taylor shared this comment about what happened after he came out during his junior year in high school and his father kicked him out of the house. “It’s moments like these that remind me every day that the biggest gift you can give yourself and to others is acceptance. If you can just learn to love yourself for who you are and be the person you were meant to be, it won’t matter how many people are against you. There are many more people in today’s world that accept people like me with open arms.”

As parents, we can show and tell our LGBTQ kids how much we love and support them. But reading the personal stories in this book will demonstrate to them that they are not alone in the world outside our doors. As Julie Skloot, an educator from New York, writes, “You being here makes the world a more blessed place. There’s art to be made. And there are songs to be sung. There’s joy coming for you. So stay with us. It gets better.” 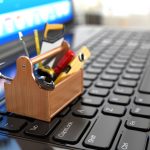 FAW: A Foster Parent’s Tool Box
Adoption Reunion Survival Guide, (The) – Preparing Yourself for the Search, Reunion, and Beyond